People are concerned about how they will pay their UK Energy Bills as a result of the rising cost of energy. Liz Truss, the incoming Prime Minister, has proposed limits on energy bill increases beginning October 1, 2022, in order to avert widespread hardship.

Families had anticipated paying about £3,500 a year for energy starting in October, but according to Ms. Truss, they would now spend not more than £2,500 annually over the following two years.

The big question is: Will the Queen’s death affect the just announced Energy Bill Cap?

On Thursday, Queen Elizabeth II of the United Kingdom passed away. She was one of the key leaders in 20th-century international history.

Having had the longest reign in her nation’s history, she was there for many of the world’s most significant events.

As a result, when she passed away, people all around the globe reacted by recalling various instances from her term.

Although, some people are afraid because the UK energy bill will require a support scheme that will cost up to 150 billion pounds. In response, the Prime Minister sees it as an extraordinary measure that the country needs in an extraordinary time.

Nevertheless, this appears to be a relief to an average household in England, Scotland, and Wales. Thus, equivalent assistance will also go to Northern Ireland.

Hence, every average citizen looks forward to this relief as it will cut down their cost of electricity.

However, the death of the Queen would cause a delay in this anticipated relief of the energy bill. The entire country and the whole world mourn her demise.

In honor of this noble monarch, activities relating to governance are to be on hold. Hence, the commencement of the process to pass the bill into law will also be on hold.

Therefore, the UK energy bill will have to wait until the conclusion of the funeral rights of the well-respected Queen. This implies that the energy may not take effect from 1st October 2022 as originally planned.

What will be the effect of the Queen’s debt on the proposed UK energy bill? Let’s check

In a recent meeting held by members of the Parliament, the newly appointed Prime Minister, Liz Truss, made a proposal to put electric bills under a two-year freeze, with effect from October 1.

This proposed legislation will see gas and electricity bills drop to an average of £2,500 over the next two years, instead of a sudden rise to £5,500.

Economic activities have been put on hold as the Nation enters a period of mourning to mark the passing of the Queen.

This also means that Parliamentary meetings will be adjourned until after the Queen’s funeral.

The government is now making arrangements for a state funeral at Westminster Abbey, London. However, no official date has been announced for the Queen’s funeral as of today, Friday 9th Sept. 2022

And as part of the custom, King Charles III is to assume ascendancy to the throne as the new sovereign. With his official coronation impending, that might run into millions of British Pounds.

All these unexpected activities may disrupt the PM’s plans. By extension, it will affect the proposed legislation on electric bills.

As such, citizens may experience a sudden rise in gas and electric bills, even before the plans to freeze it comes into effect.

I believe the demand for energy will determine the outcome of this proposed Energy cap in the UK.

However, the Prime Minister has announced to cap on the energy bill. This will still depend on your usage.

I will strongly recommend you also help yourself by checking your usage. You can as well use this powerversity guide, “Why Is Your Electric Bills So High,” to check if you are doing something that can increase your bill.

For an update on the proposed UK Energy Bill, you can check back, as I will update this from time to time.

I hope you find this article useful.

If you found it helpful, kindly share your thoughts with the “Leave a Reply” form found towards the end of this page.

Finally, you may want to read other articles like this, visit our below pages:

Why Is Your Electric Bills So High (powerversity.com)

What Is Solar Panel Efficiency 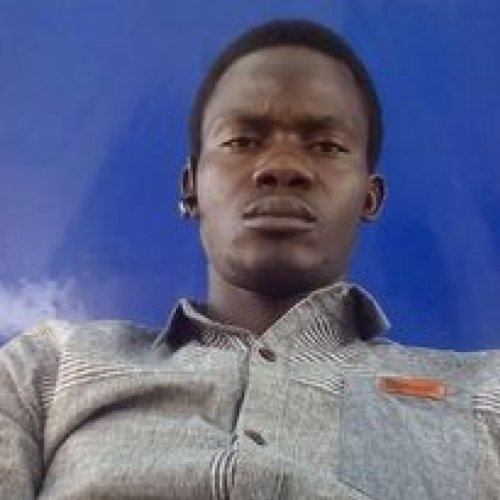 Victor Akin-Ojo
Victor Akin-Ojo is the founder and the Lead Editor of PowerVersity.com. Before starting PowerVersity.com, Victor worked in the IT industry for nearly 15 years. He worked mainly as a Field Support Engineer on Installation of VSAT, Wimax Technologies, including but not limited to Power Maintenance Sector for close to 10 years – Designing an electrical installation for Homes, Private and Government Offices and more.

Agboola Mary Gbemisola - September 22, 2022
Are you willing to broaden your knowledge of what solar power is? Then, explore this Powerversity article to clear your curiosity and increase your...