What Does Current Mean

Are you in need of information on the electrical current? Then, to be well informed, please read through this article on What Does Current Mean.

This article is equipped with lots of information on all you need to know about the current – specifically electrical current.

It also gives reference to standard laws in electrical engineering. Plus, you get to see some mathematical expressions and practical applications.

To make your understanding easier, I will start with an overview. Immediately after that, I will explain the concept of current flow in a circuit – This concept will be contained in how it works section.

In the next section, I will talk about the types of electrical current and their features. After that, I will discuss Ohm’s law, where I will acknowledge the mathematical aspect of Ohm’s law.

Coming up after this will be the steady-state and transient currents. The relationship between voltage, current, and power follows next.

Then, you will see the effect of current on conductors. After that will the pros and cons of electric current.

Lastly, I will give answers to some frequently asked questions on electric current and my final thought.

The term current is applicable in various aspects of life. However, these multiple aspects have different definitions of current depending on their application. Mostly, we have ocean current, lightning current, electric current, etc.

In the aspect of lightning current, it is related to electrical current. This is because both deal with charged particles. Lightning is often related to thunder clouds.

Hence, a lightning current is a transient action that involves the visible discharge of electric charges in the cloud. It occurs when a cloud region carries an excess electrical charge (positive or negative), which is enough to break air resistance.

Specifically, this article will concentrate on electric current. Electricity is very common in our world today. It is used in virtually all home, office, and industrial equipment.

Therefore, Electric Current is the rate at which electrical charges flow through a conductor in a closed electrical path called a circuit. The continuous flow of this electric current is known as Electricity.

Specifically, the amount of current in an electric circuit is dependent on the flow of charges at a particular time.

The SI unit of current is Amperes (A, Amps). It is measured with an instrument called an Ammeter. However, a smaller current can be measured with a milliammeter or galvanometer.

What Does Current Mean; How It Works

Ideally, the current in an electrical circuit moves from the positive terminal through the circuit to the negative terminal of the source (battery). This movement involves a positive charge. However, electrons would move in an opposite direction through the wires.

During this flow, the electric current is not lost. Every positive charge leaving the position terminal of a source flows back to the same source through the negative terminal even when it encounters a node.

This is made clear in Kirchoff’s Current Law (KCL). The KCL states that the “total current or charge that enters a node or junction equates to the total current leaving the junction”. Hence, no charge is lost as there is no other place to go but to leave the node and travel back to the source.

What Does Current Mean; Types Of Current And Their Features

In the context of electric circuits, there are two types of current. These are the Alternating Current (AC) and Direct Current (DC).

The Direct Current is a uni-directional electric current. Thus, its flow of charge is always in one direction. Therefore, it is the current that flows in all electronic circuits.

Direct current is derived from batteries (rechargeable or non-rechargeable), rectifiers, regulators, DC generators, etc. They appear like a straight line that does not vary.

They are uni-directional. That is, they move in one direction.
Also, they are derived from batteries.
Furthermore, when you measure it with an oscilloscope, you see a straight line on the screen.

Alternating Current is an electrical current in which its flow of particles reveres within regular intervals. Its representation on an oscilloscope is with a sinusoidal wave. Hence, it has both positive and negative half-cycles.

Devices that produce AC are alternators, inverters, transformers, etc. They are useful in almost all electrical appliances in our homes, offices, and industries.

Transformers do not generate AC; rather, they either step up or down some of its parameters. The inverters, on the other hand, convert DC to AC.

This is the highest displacement between the AC sinusoidal wave and the horizontal axis on a graph. Its measurement can be a peak, peak-to-peak, average, or RMS (root mean square).

The frequency is the number of cycles the sine wave makes in one second. Its SI unit is Hertz. Thus, the most commonly known is 60Hz.

Therefore, Ohm’s Law states that the current passing through a conductor between two points is directly proportional to the voltage between these points. The condition of this law is that all other quantities remain constant. Hence, the voltage varies directly with the current.

Voltage is the potential difference across a conductor. Its SI unit is volts. You measure voltage in a circuit using a voltmeter.

Resistance is the total opposition a current experiences in a DC circuit. Its SI unit is Ohms. You use an Ohmmeter to measure resistance.

This resistance could be affected by physical quantities like the length, cross-sectional area, and temperature of the conductor. However, without resistance, the current can not flow through a conductor.

Impedance is the total opposition a current experiences in an AC circuit. Just like resistance, its SI unit is Ohms. It is the vector sum of resistance and reactance.

Mathematically, you can analyze the transient circuits using two methods. The first is analyzing it as a second-order differential equation. Another method is Laplace transform.

Relationship Between Power, Voltage, And Current

Let us use our electric bulb as an instance. What we see on our bulbs as illumination is voltage. At the same time, a current flow through the filament of that bulb.

Consequently, the bulb draws wattage. That means these three quantities are related.

In a DC circuit, there is only one type of power. This power is the product of current and voltage. Therefore, its SI unit is watts.

P = is the electrical power.

In an AC circuit, there are three types of power. These are real power, reactive power, and apparent power.

Also, the reactive power is the product of voltage, current, and sine of the phase angle. It is also called imaginary power.

Q = is the reactive power. Its SI unit is VAR (volt-ampere reactive).

Lastly, the apparent power is the product of voltage and current. Its SI unit is VA (volt-amperes).

Where S is apparent power.

What Does Current Mean; Conductor, Semiconductor, And Insulator

A conductor of electricity is any material that allows current to pass through it. These materials are mostly metals. This is because metals have a high level of impurities.

Effects Of Current On A Conductor

Several effects occur on a conductor due to the current passing through it. These include:

Read more on the Laws Of Electromagnetism.

The length of a conductor increases gradually as current passes through it. However, this is the reason power lines sag and joints become weak.

An insulator is a material that does not allow current to pass through it. Instead, it has an infinite resistance that prevents current totally. These kinds of materials are used to make cables.

More so, the essence of these insulators in cables is to prevent current leakage. Also, to prevent humans and animals from potential hock if they mistakenly touch the cable. Materials used in making insulators are polyvinyl chloride, porcelain, and so on.

Semiconductors are materials that possess some qualities of both conductors and insulators. Also, semiconductors allow only a controllable amount of current to plow through them. So, for example, if a semiconductor has a rating of 5A, only currents less than or equal to 5A can pass through it.

In a situation where the current passing through that conductor is higher, the semiconductor breaks down. Hence, it behaves like a conductor. In other words, it loses its qualities.

Semiconductors are mostly made from silicon, germanium, and gallium arsenide. Examples include diodes, transistors, thyristors, and so on.

What Does Current Mean; Pros And Cons

The benefits of electric current are too numerous. However, below are some of the benefits as applicable in different areas.

1. Which is the best definition of electrical current?

Electrical current is that it is the amount of charge flowing in a wire per unit of time.

2. What are types of current?

The two main types of current are direct current and alternating current.

3. What type of current is used on homes?

The outlets in our home are alternating current. It has a frequency of 60Hz.

4. What is the difference between volt and amp?

Volt is the pressure that allows electrons to flow. However, the volt is the SI unit of voltage.
On the other hand, the amp is short for amperage. It is a measure of the volume of electrons.

5. What is the normal voltage in a house?

6. Can an outlet have too much load?

Plugging many electrical items into one outlet could be risky. It can go beyond just tripping a breaker. A fire outbreak could occur as a result.

Batteries produce DC.
Some devices in your house use DC. Devices like TV, computers, and DVD players. You could think they use AC because you plug them into an outlet. They have a system that converts AC to DC. A rectifier is the name of the system.

8. What is the difference between voltage and current?

Voltage is the potential difference between two points.
Current is the rate of flow of charges.

9. What kills, voltage or current?

It is current that kills, not voltage. At the same time, voltage drives current. The amperage is responsible for electric shock. Please note that both DC and AC are dangerous.

Solar panels generate direct current (DC). However, an inverter is used to convert the DC to AC.

What Does Current Mean; Wrap Up

However, I am sure this piece contains most if not all of all you need to know about current. It gives even the mathematical expressions that explain the current.

Also, the Laws which analyze the current have been discussed. Hence, this quenches your curiosity about electric current.

I hope you found this article helpful.

Hence, fill out the “Leave A Reply” form to share your thoughts.

Lastly, visit our Electricity & Renewables page for more guides like this. 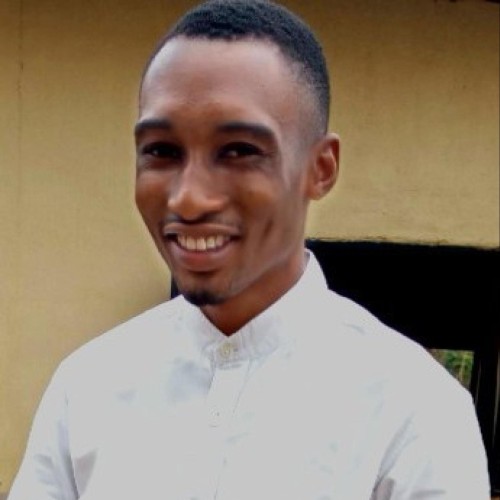 Agboola Mary Gbemisola - September 22, 2022
Are you willing to broaden your knowledge of what solar power is? Then, explore this Powerversity article to clear your curiosity and increase your...
2022 © PowerVersity Guides 85 Great Portland Street London W1W 7LT | Designed by Itechguides.com